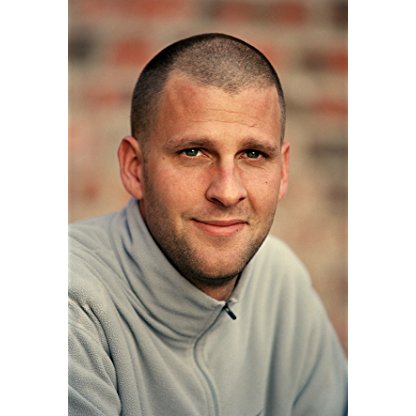 Anders Thomas Jensen was born on April 06, 1972 in  Frederiksværk, Denmark, Denmark, is Writer, Miscellaneous Crew, Director. Anders Thomas Jensen was born on 6th April 1972 in Frederiksværk on Sjælland in Denmark to Carl Benny Jensen and Kirsten Jensen (born Sørensen). He attended the high school in Frederiksværk from 1988 to 1991. In 1990 while still in high school, he wrote and directed 10 år på bagen - 3 år i skyggen (1990) (TV).He made his film debut in 1996 with the short films Café Hector (1996), Davids bog (1996), Hvileløse hjerte (1996) and the Academy Award nominated Ernst & lyset (1996), which he also directed. The following year Jensen wrote and directed Wolfgang (1997), which also earned an Academy Award nomination for best short film. He also made a rare appearance in front of the camera in Royal Blues (1997). Baby Doom (1998) and Albert (1998), both released in 1998, were the first feature films with screenplay co-written by Jensen.After being nominated two previous years Jensen finally won in 1999 an Oscar for best short film with Valgaften (1998). He followed it with writing the screenplay for two successful films in 1999, Mifunes sidste sang (1999) and I Kina spiser de hunde (1999). Jensen was nominated for a Robert for the both films, but neither won. Mifune, directed by Søren Kragh-Jacobsen was the third dogme film. I Kina spiser de hunde (In China They Eat Dogs), directed by Lasse Spang Olsen and starring Kim Bodnia, was the first of typical Jensen screenplays with an original mixture of humour and action. The formula was very effective and the film was a huge hit in Denmark. In a way it created a new genre, Danish action comedies, as it spawned several imitations as well as a prequel three years later. In 2000 Jensen co-wrote the screenplay for Dykkerne (2000) and The King Is Alive (2000), the fourth dogme-film which is a story about a group of people who decides to stage Shakespeare's King Lear in the desert.After having written screenplays for films in various genres, in 2000 he also his feature film debut as a director with Blinkende lygter (2000). Blinkende lygter (Flickering Lights) tells the story of four small time crooks from Copenhagen who steal 4,000,000 DKR from a gangster boss. Unfortunately their escape route won't take them further than the countryside before the car breaks down. That leads them to renovate an old guesthouse while tring to lay low. With Denmark's best talents Søren Pilmark, Ulrich Thomsen, Mads Mikkelsen, Nikolaj Lie Kaas and Iben Hjejle, it was a huge blockbuster hit in Denmark and also gained interest abroad. Blinkende lygter also gained a Bodil nomination for the best picture of the year, a Robert nomination for best screenplay and won the audience award at the Robert festival. By now already an established name on the Danish movie scene he wrote the screenplays to Grev Axel (2001), made an uncredited contribution to Fukssvansen (2001), Lone Scherfig's Wilbur Wants to Kill Himself (2002) and Susanne Bier's celebrated Elsker dig for evigt (2002) highlighted by strong performances from Mads Mikkelsen, Nikolaj Lie Kaas and Paprika Steen. The screenplay of Elsker dig for evigt (Open Hearts) also showed a completely different side of him. In 2002 he also wrote the screenplay for Lasse Spang Olsen's Gamle mænd i nye biler (2002), the prequel to In China They East Dogs. Jensen received his fourth Robert nomination for the screenplay of Gamle mænd i nye biler (Old Men In New Cars).Jensen then wrote and directed De grønne slagtere (2003). With outstanding performances by Nikolaj Lie Kaas and Mads Mikkelsen, Jensen contributed yet another characteristic story of two butchers with very unorthodox methods. This time Jensen was for De Grønne slagtere (The Green Butchers) nominated for both screenplay and direction at the Robert Festival. He also wrote the screenplays for Søren Kragh-Jacobsen's Skagerrak (2003) and Rembrandt (2003). Skagerrak tells the story of Danish Marie (Iben Hjejle) who finds happiness when she least expects it as she is offered to be a surrogate mother in Northern Scotland. Rembrandt on the other hand continues the adventures of Danish small time crooks, as they by mistake steal a painting by Rembrandt which causes them more problems that they ask for. In 2004 Jensen wrote the screenplay for Susanne Bier's Brødre (2004). Brødre (Brothers), starring Connie Nielsen, Ulrich Thomsen and Nikolaj Lie Kaas is a story of two brothers whose lives alter in many ways when one is sent to war in Afghanistan and the other one takes his place in the brother's family. For Brothers Jensen finally won a Robert for best screenplay. In February 2005 premiered Solkongen (2005), directed by Tomas Villum Jensen, and followed by Adams æbler (2005) in April 2005. Jensen's third directorial effort Adams æbler is written and directed by himself and stars once again Mads Mikkelsen, Nikolaj Lie Kaas and Ulrich Thomsen. His next contribution will be Efter brylluppet (2006) (After the Wedding), which will be directed by Susanne Bier and with Mads Mikkelsen and Rolf Lassgård in leading roles. Efter brylluppet is due to be released in March 2006.
Anders Thomas Jensen is a member of Writer 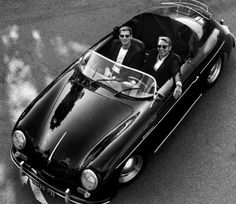 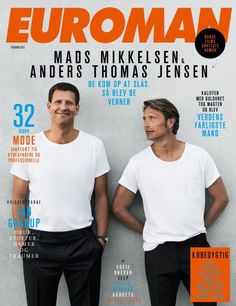 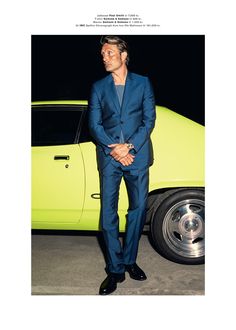 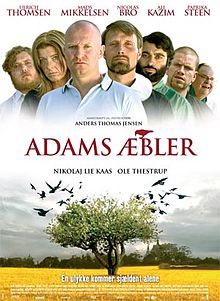 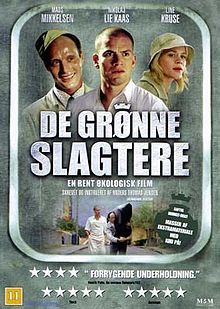 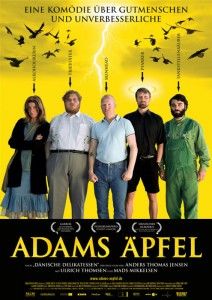 "As there was the Lubitsch touch and the Wilder touch, we can now speak of the Jensen touch -- a twinge of pathos acknowledged quietly, relying on our sympathy for the characters' bizarre frailties."

From the end of the 1990s and into the new millennium he wrote the screenplays for most of the Danish movie blockbusters of the period, including Mifune's Last Song (co-written with Søren Kragh-Jacobsen), In China They Eat Dogs, Open Hearts, Stealing Rembrandt, and Brothers.

In 2000 Anders Thomas Jensen for the first time directed a feature film: the action-comedy Flickering Lights, and since then directed The Green Butchers, Adam's Apples and Men & Chicken.