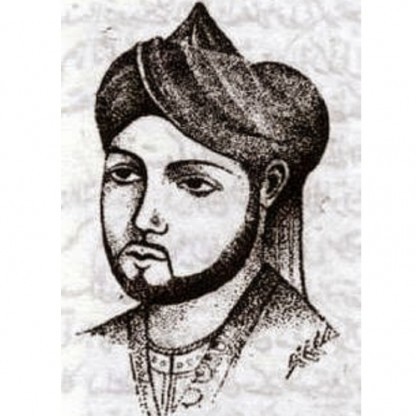 Amir Khusrow was born on 1253 in Patiyali, Iranian, is Sufi Poet. Amir Khusro was a Sufi musician, poet and scholar regarded as the "father of Qawwali". An expert in many styles of Persian poetry, he has written in many verse forms including ghazal, masnavi, qata, rubai, do-baiti and tarkib-band. He played a significant role in the development of the arts and culture in the Indian subcontinent and is considered an iconic figure in the cultural history of the region. Credited to have introduced the ghazal style of song into India, he was also the one who introduced Persian, Arabic and Turkish elements into Indian classical music. Khusro was introduced to Sufism and music at an early age by his father. Bright and talented, he began composing verses from the time when he was just eight. He was raised in an intellectually stimulating atmosphere and received training in the arts and literature as well as Fiqh, astronomy, grammar, philosophy, logic, religion, mysticism and history. He went on to become an acclaimed poet who was greatly respected by the rulers of the land; he was associated with the royal courts of more than seven rulers of the Delhi Sultanate. He wrote primarily in Persian and Hindustani, though he had also composed a war ballad in Punjabi. Centuries after his death, his poetry is still sung today at Sufi shrines throughout Pakistan and India.
Amir Khusrow is a member of Writers 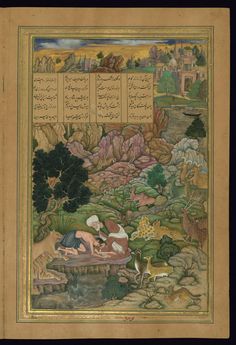 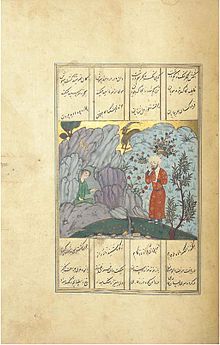 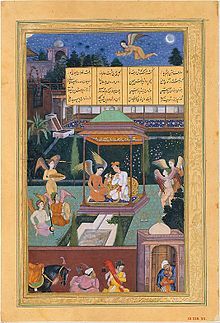 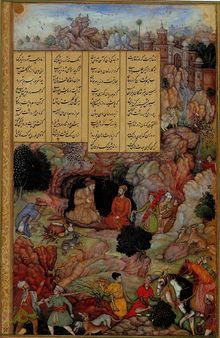 I tied the belt of service on my waist and put on the cap of companionship for another five years. I imparted lustre to the water of Multan from the ocean of my wits and pleasantries.

In 1976 the renowned Pakistani musician Khurshid Anwar played a key role in observing the 700th birth anniversary of Amir Khusrow. Since he was also a musicologist, he wrote one of his rare music articles on Amir Khusrow, "A gift to posterity". In addition, he actively planned music events and activities throughout 1976. In Pakistan, Anwar had also been praised for his efforts to keep alive classical music not only through his many film compositions in Pakistan, but also through his unique collection of classical music performances recorded by EMI Pakistan, known as Aahang-e-Khusravi in two parts in 1978. The second part of the Aahang-e-Khusravi recordings was known as Gharanon Ki Gaiyki which consisted of audio recordings of representatives of the main gharanas of classical Singers in Pakistan on 20 audio cassettes. All this was meant to be a tribute to Amir Khusrow.

Khusrow is credited with fusing the Persian, Arabic, Turkish, and Indian musical traditions in the late 13th century to create qawwali, a form of Sufi devotional music. Qaul (Arabic: قَوْل) is an "utterance (of the prophet)", Qawwāl is someone who often repeats (sings) a Qaul, and Qawwāli is what a Qawwāl sings. The word sama is often still used in Central Asia and Turkey to refer to forms very similar to qawwali.

Khusrow wrote primarily in Persian. Many Hindustani (historically known as Hindavi) verses are attributed to him, although there is no evidence for their composition by Khusrow before the 18th century. The language of the Hindustani verses appear to be relatively modern. He also wrote a war ballad in Punjabi. In addition, he spoke Arabic and Sanskrit. His poetry is still sung today at Sufi shrines throughout Pakistan and India.

Amir Khusro’s putative associations with the Tarana run much deeper. One of the most persistent legends of Hindustani music relates to the encounter between Amir Khusro, who was then associated with the court of Emperor Allauddin Khalji, and Gopal Nayak, court-musician to the king of Devagiri. Allauddin commanded Gopal Nayak to present the Raga Kadambak for six evenings running. During the entire performance, Khusro lay concealed under the emperor’s throne, and stealthily absorbed all that the Nayak had sung. On the seventh day, he astonished everyone present in the court by reproducing all that Gopal Nayak had presented. However, since he couldn’t follow the Nayak’s language, he substituted the text of the compositions with meaningless syllables. And that is how the Tarana was born! (Willard 1834: 121)