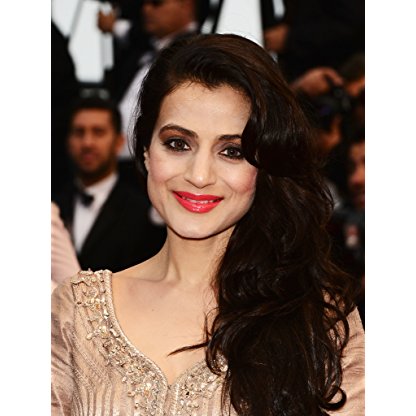 Ameesha Patel was born on June 09, 1975 in  Bombay, Maharashtra, India, India, is Actress, Producer. Grand-daughter of Indian freedom fighter, lawyer, and former Justice Rajni Patel, Amisha, a Gemini, was born in Bombay's Breach Candy Hospital. Her younger brother Ashmit Patel is also a Bollywood film actor and her name is a blend of the first three letters of her father's name Amit and the last three letters of her mother's name Asha.She studied at the Cathedral and John Connon High School in Bombay, and went on to obtain a degree in Economics from Tufts University in Medford, Massachusetts, U.S.A. After graduation she worked for a Finance company and also modeled on the side.She has studied Bharat Natyam dance form since the age of five, and had acted in several plays in Satyadev Dubey's Theatre including a play titled 'Neelam'.She did not have any plans of being an actress, but when Amit's friend, film-maker and actor, Rakesh Roshan, met her during a family lunch, he offered her the lead role in 'Kaho Naa... Pyaar Hai'. Amisha accepted the offer, the movie went on to become a blockbuster, and made her a star overnight.She went on to star in a number of films and her most notable works include 'Gadar: Ek Prem Katha', 'Humraaz', 'Yeh Hai Jalwa', 'Mangal Pandey', 'Honeymoon Travels Pvt. Ltd.', 'Bhool Bhulaiyaa', 'Thoda Pyaar Thoda Magic', and 'Race 2'.She has also acted in several South Indian films.Amisha has been the recipient of four awards for her performances in 'Kaho Naa... Pyaar Hai', and 'Gadar: Ek Prem Katha'.She has co-starred with Akshaye Khanna, Sunny Deol, Akshay Kumar, Bobby Deol, Sanjay Dutt, Aftab Shivdasani, Hrithik Roshan, Arjun Rampal amongst others.Her personal life has been marred with misunderstandings with her parents and brother, so much so that she has sought the intervention of the courts. She dated Bollywood director, Vikram Bhatt, for five years since the release of their first film together, 'Aap Mujhe Achche Lagne Lage', but they had broken-up in 2007. Patel started dating London and Delhi-based businessman Kanav Puri after her break-up, but they eventually broke up two years later in 2010.She has many critics, who have described her as inconsistent, but have since then bitten their lips when they were proved wrong by this petite, and beautiful actress - who has, and continues to enthrall her fans with a variety of performances on the silver screen.
Ameesha Patel is a member of Actress

George Washington, Nelson Mandela, Mahatma Gandhi... we had them. Animals don't; they need us. Let's fight for their freedom.

She studied at the Cathedral and John Connon School in Mumbai and was head girl for the academic year 1992–93 before heading overseas to study Bio-genetic engineering, which she studied for two years, and eventually switching to Economics at Tufts University in Medford, Massachusetts. She graduated with a gold medal.

Patel's career began as an economic analyst at Khandwala Securities Limited after graduation. Later on, she received an offer from Morgan Stanley but turned it down. After returning to India, she joined Satyadev Dubey's theatre group and acted in plays, including an Urdu language play titled Neelam (1999), that was written by Tanveer Khan, upon receiving permission from her conservative parents. At the same time she plunged into modelling, appearing in several commercial campaigns. Patel has also modelled for well-known Indian brands such as Bajaj Sevashram, Fair & Lovely, Cadburys Jai Lime, Fem, Lux and many more.

Patel's first opportunity for acting came in the form of an offer from her father's schoolmate, Rakesh Roshan, to star opposite his son, Hrithik Roshan, in Kaho Naa... Pyaar Hai (2000). The offer came immediately after she graduated from high school, but she refused the project because she wanted to continue her education in the US. Afterwards, Kareena Kapoor replaced her, but luckily, Kapoor dropped out a few days into the principal photography and Patel was given the opportunity once again during a family lunch. She readily agreed to do the project this time. The role of an exuberant college girl in love, undergoing a tortuous time at losing her lover and rediscovering a more mature relationship gave Patel scope to perform. The film was a smashing success and established Patel as a rising star, earning her awards for Best Debut at a number of award ceremonies. In her second film, the Telugu language drama Badri, she starred opposite Pawan Kalyan. The film was a major success, grossing more than Rs 120 million in India.

Between 2002 and 2005, Patel made an appearance in a number of talk shows such as Rendezvous with Simi Garewal and The Manish Malhotra Show. In 2006, Patel appeared as the guest judge on the special Valentine's Day episode of the singing talent contest Indian Idol 2.

After appearing in a series of box office flops during 2003–2006, Patel's career prospects began to improve in 2007. Her first release in that year was the ensemble comedy drama Honeymoon Travels Pvt. Ltd.. The low-budget film achieved moderate success at the box office. Patel played the role of Karan Khanna's talkative wife who tries to overcome her husband's gay leanings. Her comic timing in the film was well received. Later in 2007, she co-starred opposite Akshay Kumar in Priyadarshan's hit Bhool Bhulaiyaa as a rejected adopted girl who is accused of trying to disrupt the marriage of her childhood crush.

In September 2004, Patel joined PETA, one of the organisations championing the cause of animals, as part of an advertising campaign which highlights the lives of captive animals in a zoo who are robbed of their natural surroundings for the amusement of others. Patel posed as a petrified prisoner in a jail cell to throw focus on the plight of animals in zoos. She said:

In February 2005, along with other Bollywood stars, Patel performed at the HELP! Telethon Concert raising money for the victims of the 2004 Indian Ocean earthquake. She also took part in the Temptations 2005 charity function in New Delhi on 24 December 2005 at the Indira Gandhi Indoor Stadium in aid of the National Centre for Promotion of Employment of Disabled Persons (NCPEDP), a leading disabled rights' group.

In August 2006, an Air India employee had filed a police complaint, alleging that Patel had misbehaved with her after her companion was not upgraded to first class on the Mumbai-New York FLIGHT on 18 August. Patel was on her way to attend India's Independence Day parade in New York. Officers at the police station said Patel could be called in and warned about her behaviour, if charges against her are proved, and would be questioned once she returns from abroad. Later, CISF personnel have corroborated the Air India employees' version of the incident. Once Patel returned to India, she stated that the employees "are only trying to safeguard themselves by filing a false complaint against us." Incidentally, there was also a drunken Passenger, who joined in this Verbal fight. Afterwards, the organisers of the annual parade sent a written apology and a clarification to Patel and said it had booked two first class seats for Patel and her companion for the Mumbai-New York FLIGHT but the booking was automatically transferred from one FLIGHT to another, creating confusion.

In 1999, Patel met filmmaker Vikram Bhatt on the set of their first movie together; Aap Mujhe Achche Lagne Lage (2002), and they started dating since the film's release. Later, it caused a rift between the Patel and Bhatt families with Patel running through a financial crisis after her father used her hard-earned money to resurrect a family Business, causing misunderstandings between Patel and her parents. In July 2004, Patel sent a legal notice to her father for mismanaging her accounts and assets amounting to Rs 120 million and demanding the money back. Patel's relationship with Bhatt was often reported to the media speculating on a possible marriage. In January 2008, the media reported that Patel and Bhatt broke their five-year relationship. Bhatt confirmed the break-up in a conversation with Mid-Day. Shortly afterwards, Patel's parents explained their willingness to reconcile with their daughter and that "everybody is happy about the break-up" but their relationship remained strained. On 12 March 2008, Patel was spotted with London-based businessman Kanav Puri at Wills Lifestyle India Fashion Week. In June 2008, she confirmed their relationship in an interview with Mid-Day: "I did not admit to Kanav sooner because he's very special and I did not want to jinx it. It was too precious for me to talk about it to people. It's almost six months now and now I am feeling secure and now I know our relationship is too strong for anything or anyone to come between us." The media once reported that she got married to Puri but she denied these rumours.

In August 2009, Mumbai Mirror reported that Patel and her brother, Ashmit, had patched up on the occasion of Raksha Bandhan and were spotted together at PVR Cinemas in Juhu. Although the siblings agreed that the matter is sorted, they preferred not to speak about it publicly. In December 2009, Patel's mother Asha had revealed they have finally ended their five-year estrangement during an interview with Times of India.

In September 2010, Mumbai Mirror reported that Patel broke off the relationship with her long-time boyfriend Kanav Puri, to focus on her career. She confirmed it via Twitter.

On 23 April 2011, Patel hosted an event launching her production company, Ameesha Patel Productions, in collaboration with her friend and Business partner Kuunal Goomer. Their debut home production, Desi Magic, was launched at an event on April 2, 2013.

Patel has been cast opposite Sunny Deol in the ensemble action comedy Bhaiyyaji Superhitt, which has been in the making since 2012.

In 2013, Patel returned to Hindi cinema with a special appearance in Abbas-Mustan's Race 2, replacing Sameera Reddy as Anil Kapoor's ditzy assistant. Though the film was critically panned, it emerged a box office success. She followed it with a starring role alongside Neil Nitin Mukesh in Shortcut Romeo, a Hindi remake of the 2006 Tamil hit Thiruttu Payale. The film opened to mixed reviews and performed poorly at the box office. 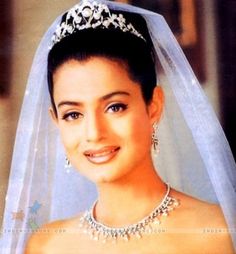 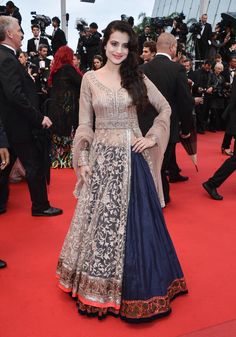 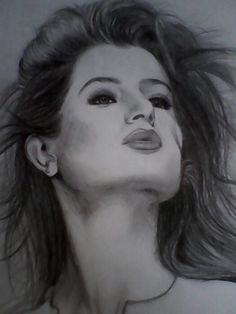 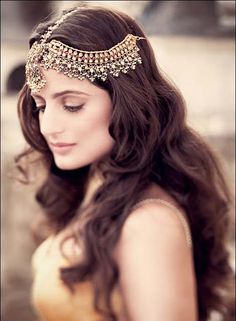 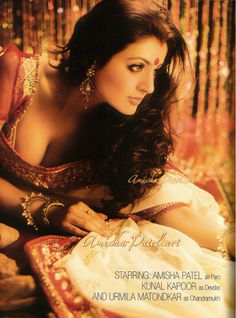