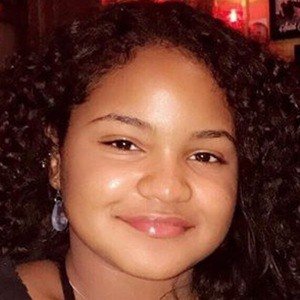 Golden Buzzer recipient on the 13th season of La Voz Kids, in 2014.

She endured and persevered through bullying in school for struggling with speaking English.

She was born in the Dominican Republic and raised in Boston, Massachusetts.

She sang Mel B on America's Got Talent.