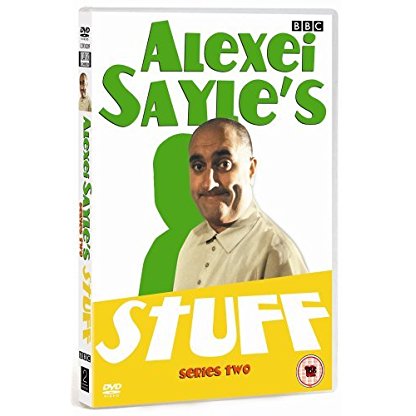 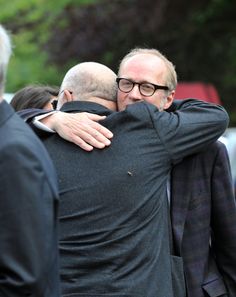 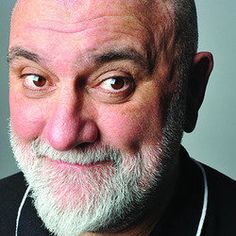 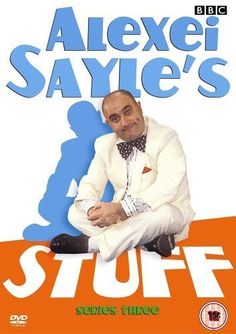 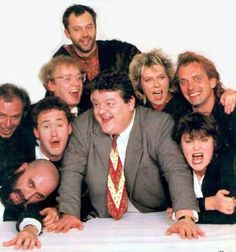 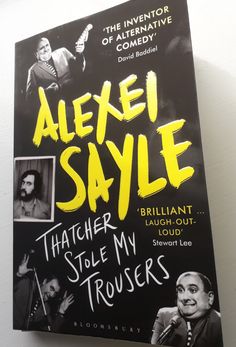 In later years he has said that, while no longer active in left politics, "I still would adhere to those philosophical and economic ideas of Marxism that I got when I was sixteen. ... it's seemed to me as true now as it did then". From 1964 to 1969 he attended Alsop High School in Walton, and was expelled halfway through sixth form. After that, Sayle took a foundation course in art at Southport, before attending Chelsea College of Art and Design in London. He attended Garnett College, Roehampton, a training college for teachers in further education.

Sayle was born and brought up in Anfield, Liverpool, the son of Molly (Malka) Sayle (née Mendelson), a pools clerk, and Joseph Henry Sayle, a railway guard, both of whom were members of the Communist Party of Great Britain. Sayle's mother was of Lithuanian Jewish descent, and some members of his mother's family were very devout Jews, as he mentioned when he nominated Palestinian rights advocate Edward Said on the BBC Radio 4 programme Great Lives. In the aftermath of the May 1968 French uprising, he joined the Communist Party of Britain (Marxist–Leninist).

Sayle has been married to Linda Rawsthorn since 1974. He lives in Bloomsbury in central London and is a keen Cyclist. He also owns a house in southern Spain.

When the Comedy Store opened in London in 1979, Sayle responded to an advert in Private Eye for would-be comedians and became its first master of ceremonies. In 1980, comedy Producer Martin Lewis saw Sayle perform at the Edinburgh Festival Fringe and became his manager.

Sayle became the leading performer at the Comic Strip. He appeared on The Comic Strip Album (1981) and recorded Cak! (1982). He also appeared in the stage show, film and comedy album of The Secret Policeman's Other Ball (1981–1982). Sayle's material covered a broad range of topics, but one of his favourite subjects remained politics. His angry persona, coupled with his vociferous delivery, gave immense bite to his material. A typical Example of Sayle's humour was his attack on American phrases: "If you travel to the States ... they have a lot of different words than like what we use. For instance: they say 'elevator', we say 'lift'; they say 'drapes', we say 'curtains'; they say 'president', we say 'seriously deranged git!"

Sayle's first high-profile television appearances were on Central Independent Television's late-night alternative cabaret show O.T.T. (1982). He left nine weeks into the show's run to tour Australia with the Comic Strip. He played various roles in the situation comedy The Young Ones (1982–1984), along with Adrian Edmondson, Rik Mayall, Nigel Planer and Christopher Ryan. In the programme Sayle portrayed several members of an Eastern European family; the Balowskis. In 1985, he appeared in the Doctor Who serial Revelation of the Daleks. In a column for a British tabloid newspaper around the same time, he indicated that he wanted to become the "first Socialist Doctor." He also appeared in several episodes of The Comic Strip Presents... between 1985 and 1993, most notably playing the two leading roles in "Didn't You Kill My Brother?" which he co-wrote with David Stafford and Pauline Melville. Sayle has co-written and starred in many other programmes, including three series of Alexei Sayle's Stuff (1988–1991), two series of The All New Alexei Sayle Show (1994–1995) and one series of Alexei Sayle's Merry-Go-Round (1998).

Sayle alternates his comedy work with performances as a character actor ranging from serious (Gorky Park, 1983) to humorous (Indiana Jones and the Last Crusade, 1989). He appeared in the 1992 Carry On film, Carry On Columbus along with various modern comedians including Comic Strip founder Peter Richardson, as well as members of the original Carry On team.

Sayle has released five comedy singles with full musical backing. The most successful of these was "'Ullo John! Gotta New Motor?" which achieved Top 20 chart success in the UK upon re-release in 1984. Produced by Clive Langer and Alan Winstanley (who also produced for Madness and Elvis Costello), the record in its 12-inch version achieved notoriety owing to its extensive use of profane language. The two follow up singles, "Didn't You Kill My Brother?", and "Meanwhile", were taken from the album Panic, the cover of which parodies the cover of the Michael Jackson album Off the Wall.

In 1988, Sayle played the role of Trinculo in Shakespeare's The Tempest, directed by Jonathan Miller at the Old Vic theatre in London. Sixteen years on from his last stand-up comedy tour, Sayle returned in 2011 as an MC, compering the middle section of At Last! The 1981 Show, curated by Stewart Lee at the Royal Festival Hall. Although this was mainly a nostalgia night with comedians such as Nigel Planer and Norman Lovett revisiting their material from the 1980s, Sayle premiered some new material that was more anecdotal than his previous work. Sayle says of his old style: "What I was doing, which I hadn’t realised, was a comic persona. The guy in the tight suit was actually a creation. I thought it was me in a sense but it wasn’t."

In 1989, Sayle was awarded an International Emmy for Stuff. In conversation with Mark Thomas on BBC Radio 4's informal chat-show Chain Reaction, Sayle revealed that the first he knew of the award was when he watched Channel 4 News and saw, to his amazement, Benny Hill collecting the award on his behalf. In 1990, Sayle had a fatwa proclaimed against him by a Muslim cleric from Syria after a joke on his BBC comedy show Stuff. This fatwa has never been withdrawn.

Sayle was signed in 1992 to a seven-year contract to play an Eastern European chef as a regular character on the American sitcom The Golden Palace, the sequel to The Golden Girls, but was fired and replaced by Cheech Marin before the pilot was shot. The series was cancelled after one season.

In 1994 he presented the miniseries Drive, which gave advice for safe driving through Sayle's signature form of humour interspersed with serious pieces. In 2008, he wrote and presented Alexei Sayle's Liverpool, a three-part television series in which he reconnected with his home town. He stated in the programmes that on first hearing that Liverpool was to be awarded the European Capital of Culture, he received much criticism for describing the city as "philistine". He now feels that he does not know whether or not his original statement was true, but as a result of making the series he does now consider Liverpool to be his home, and he has vowed to go back there more often in the Future.

Sayle's early work included several performances for Capital London. In 1979 he wrote and performed the radio series, Alexei Sayle and the Fish People, for which he won a Pye Radio Award (later known as the Sony Radio Awards). Sayle later released an album based on the show – The Fish People Tapes. This was followed by Alexei Sayle and the Dutch Lieutenant's Trousers in 1980 – the name being a reference to John Fowles' book. He has since contributed to many other radio shows, including writing the five-part sitcom series, Sorry About Last Night (1999), in which he also played the leading role. On 3 November 2006 he presented Chopwell Soviet, a 30-minute programme on BBC Radio 4 that reviewed the Chopwell miners 80 years after the village of Chopwell became known as Little Moscow. Sayle returned to Radio 4 in 2016 with Alexei Sayle's Imaginary Sandwich Bar.

Sayle has written two short story collections, five novels, including a graphic novel and a radio series spin-off book, as well as columns for various publications. His book Great Bus Journeys of the World, co-written with David Stafford, is mostly a collection of his columns for Time Out and the Sunday Mirror. He was one of eight contributory authors to the BBC Three competition End of Story, in which members of the public completed the second half of stories written by established authors. The winning entry to Sayle's story, Imitating Katherine Walker, was written by freelance Writer Arthur Allan. Sayle's autobiography Stalin Ate My Homework, which deals with his early life and which he describes as a 'satirical memoir', was published in 2010. In 2012 he joined the Daily Telegraph as a motoring columnist. In early 2015 he toured giving readings from the second volume of his autobiography Thatcher Stole My Trousers, published in 2016.

Sayle has replaced Rolf Harris as the narrator for the Nick Junior and Milkshake! series Olive The Ostrich. Episodes featuring Sayle's narration commenced broadcasting on 22 July 2013.

Sayle is a critic of fox hunting and was among more than 20 high-profile people who signed a letter to Members of Parliament in 2015 to oppose Conservative Prime Minister David Cameron's plan to amend the Hunting Act 2004.