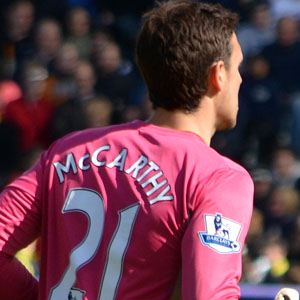 English soccer goalkeeper who began his professional career with Reading F.C. in 2007.

He spent his youth career playing for Wimbledon and the Wycombe Wanderers.

He was born and raised in Guildford, England.

He played professionally in England during the same period as American goalkeeper Tim Howard.