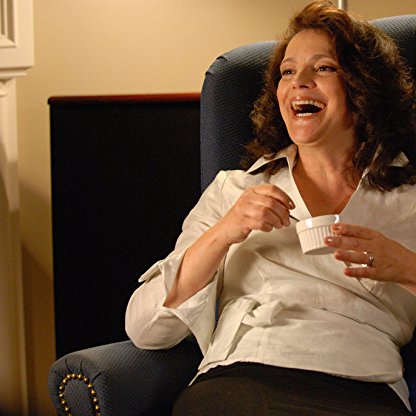 Alberta Watson was born on March 06, 1955 in  Toronto, Ontario, Canada, is Actress, Soundtrack. Alberta Watson, well known to television audiences for her Gemini award-nominated role as Madeline on La Femme Nikita (1997), enjoys a long and diverse career in television and film.A native of Toronto, Watson began performing with a local theater group as a teenager. She received a Genie nomination for Best Supporting Actress for one of her first movie roles, Mitzi in George Kaczender's In Praise of Older Women (1978). Just a year later, she took home the Best Actress award at the Yorkton Film Festival for the short film "Exposure". Watson then headed to the United States, where she studied with Gene Lasko, made several films (including Michael Mann's stylish horror classic The Keep (1983), with Scott Glenn, Ian McKellen and Gabriel Byrne) and the TV movie Women of Valor (1986), with Susan Sarandon.After returning to the East Coast, Watson took a chance on a low-budget independent film with then-novice director David O. Russell: the black comedy Spanking the Monkey (1994), which received the Sundance Film Festival Audience Award and multiple Independent Spirit Awards. Watson won rave critical acclaim for her memorable performance as a depressed, deeply-disturbed mother who has an incestuous relationship with her son, played by Jeremy Davies.The next year Watson went on to play the far more stable mother to a teenage computer genius in the box-office smash Hackers (1995), along with Angelina Jolie, and then the wife of mobster John Gotti in the Emmy-nominated Gotti (1996). She returned to Toronto and continued to seek out interesting roles in independent film, which led her to star in Shoemaker (1996), directed by Colleen Murphy. While the film was not widely released in the United States, Watson's performance did not go unnoticed -she received a second Genie nomination, this time in the Lead Actress category.The following year she won critical praise for another independent film, Atom Egoyan's haunting The Sweet Hereafter (1997), in which she delivered a nuanced performance of an adulterous wife and mourning mother. For this film, she shared the award for Best Acting by an Ensemble (National Board of Review) with Ian Holm, Sarah Polley and the other members of an exceptional cast. The film received the Grand Prize of the Jury at the Cannes Film Festival and went on to earn both Academy Award and Genie nominations.Meanwhile, Watson had begun filming the TV series La Femme Nikita (1997), which ran for four years, where she played a character that has become iconic, the tough anti-terrorist strategist Madeline. The cult series earned her a 1998 Gemini nomination and marked the start of an ever-growing fan base, with its main online presence at an unofficial site dedicated to her.Although she has appeared in numerous major commercial releases and hit television shows, during the last ten years Watson has preferred independent (and especially Canadian) productions.She added another prize-winning movie to her credits with the rock musical Hedwig and the Angry Inch (2001) by John Cameron Mitchell and Stephen Trask, where she played Hedwig's twisted mom. The film won the Audience Award and Best Director Award at Sundance.Watson starred later in The Wild Dogs (2002) with director Thom Fitzgerald, which took home top honors at the Atlantic Film Festival. She also appeared as Dr. Fischer in Sarah Polley's feature film directorial debut, the prize-winning Away from Her (2006), with Julie Christie. In addition, she starred opposite Colm Meaney in the feature film A Lobster Tale (2006), a quiet, low-key story which also won several awards.Meanwhile, in television, Watson scored a second Gemini Award nomination for her performance in After the Harvest (2001), co-starring Sam Shepard. The second installment of Chasing Cain: Face (2002), garnered her another Gemini nomination as Best Actress in a Leading Role (2003). After that, Watson filmed Choice: The Henry Morgentaler Story (2005), the story of controversial Canadian physician Dr. Henry Morgentaler, for which she was nominated for yet another Gemini Award in 2005.While she had recurring roles in numerous television shows (The Newsroom (2004), Show Me Yours (2004), At the Hotel (2006), Angela's Eyes (2006)), she reached again more international TV audiences when she starred in the fourth season (2004-2005) of the hit Fox series 24h Chong Khung Bo (2001), opposite Kiefer Sutherland and William Devane, playing the role of Erin Driscoll, the head of a counter-terrorist unit. She had the chance to play a different boss-woman (a Minister, and recovering alcoholic) when she joined the cast of other popular prime-time drama, CBC's The Border (2008), as a recurring guest star.Most recently Watson was cast as the voice of 350-pound Mary Rutherford in the animated film The Spine (2009) (produced and directed by Academy Award-winning animator Chris Landreth), which took home the Best Film Award at the 2009 Melbourne International Animation Festival. In 2008, Alberta Watson received a Career Achievement Award from the Boston-based Chlotrudis Society for Independent Film.Watson died on March 21, 2015 due to complications from cancer at Kensington Hospice in Toronto; she was 60 years old.
Alberta Watson is a member of Actress 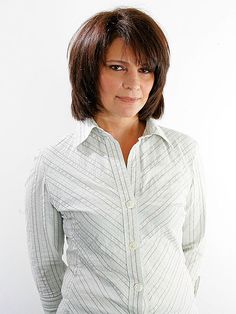 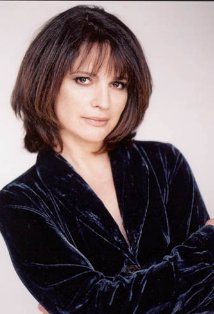 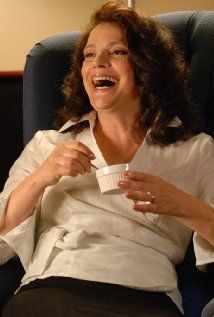 Watson was born in Toronto, Ontario in 1955. She grew up in Toronto with her mother Grace, a factory worker, and her brother. She began performing with a local Toronto theater group, T.H.O.G. (Theater House of God), of the Bathurst Street United Church at age 15.

Watson got her first role at age 19 in a CBC movie called Honor Thy Father. Early in her career she portrayed the role of Mitzi in George Kaczender's In Praise of Older Women (1978), for which she received a Genie nomination. A year later she received the Best Actress award at the Yorkton Film Festival for "Exposure". She moved to Los Angeles, California and later to New York City.

Among her well-known film roles are the bed-ridden mother Susan Aibelli in the 1994 American independent film Spanking the Monkey, Lauren Murphy (the mother of Jonny Lee Miller's character Dade, aka "Crash Override"/"Zero Cool") in the 1995 cult film Hackers, and Risa in the 1997 Academy Award nominated Canadian film The Sweet Hereafter, directed by Atom Egoyan.

Watson lived in New Jersey for eight years with her husband until they divorced. She then returned to Toronto and focused on finding roles in independent films. She worked with Director Colleen Murphy on the film Shoemaker (1996), for which she received a second Genie nomination for Best Actress.

She played the role of Madeline in La Femme Nikita for four seasons from 1997 to 2001 (with guest appearances in the short fifth season). During the show's second season (in 1998), Watson was diagnosed with lymphoma, for which she had to undergo chemotherapy treatment which caused her to lose her hair. Producers at La Femme Nikita worked around her treatment and limited her appearances. Watson wore wigs in the show when she lost her hair. When her hair started to regrow, she sported the short haircut in her role as Madeline in the show's third season.

Watson's first name inspired the character Alberta Green in the first season of 24. In 2005, Watson joined the cast of 24, playing CTU Director Erin Driscoll for 12 episodes of the show's fourth season.

During 2007 and 2008, Watson played a supporting role in the Canadian television series The Border as the Minister of Public Safety.

In a nod to her La Femme Nikita role, Alberta played recurring character Madeline Pierce in Nikita, the CW's 2010-2013 reboot of the film and TV series.

Watson died on March 21, 2015, due to complications from cancer at Kensington Hospice in Toronto, fifteen days after her 60th birthday.