Alan Minter was born on August 17, 1951 in Crawley, British, is Professional Boxer. Alan Minter is a former English professional boxer who claimed to fame in 1971, winning the Amateur Middleweight Championship. Following year, he won a bronze medal at the Munich Olympic Games. Nicknamed Boom Boom, Minter’s career graph is marked with great highs. He started with a bang, winning his first eleven matches of which the first five were by knockout. From 1974 to 1977, he won thirteen consecutive matches of which eight came by knockout. At the time of his retirement, his boxing record stood at 39 wins (23 wins by knockout), 9 losses and 1 no contest. In addition to winning the Britain and Europe Middleweight Championship title, he won World Middleweight Championship title as well. In his decade long career, he defeated many well-established boxers including Emile Griffith, Vito Antuofermo, Tony Licata, Ernie Singletary, Gratien Tonna, Angelo Jacopucci, ‘Sugar’ Ray Seales and Kevin Finnegan. His greatest weakness during the fights was his tendency to get cut
Alan Minter is a member of Sportspersons 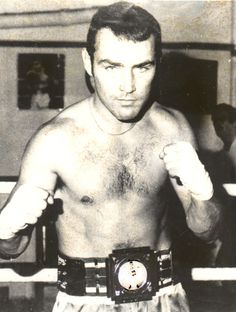 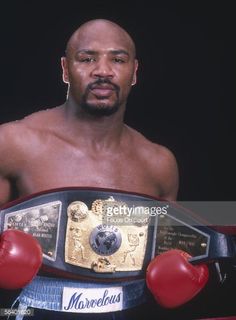 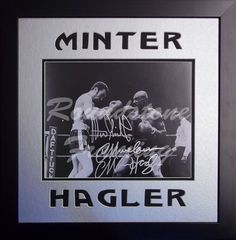 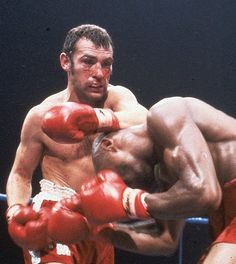 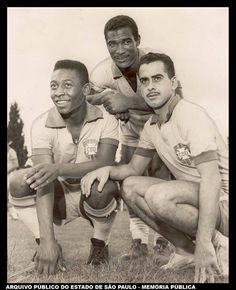 Minter was the 1971 Amateur Boxing Association of England Middleweight Champion. He won the bronze medal at the 1972 Munich Olympic Games. Minter began his professional career in London on 31 October 1972 by knocking out Maurice Thomas in six rounds.

Minter won five fights in a row by knockout and, in 1973, Pat Dwyer became the first boxer to go the distance with him, over eight rounds in London. Minter won his next five fights, three by knockout, before tasting defeat for the first time after the Referee stopped the fight in the eighth round to "Scottish" Don McMillan due to bad cuts suffered by Minter. Two more wins followed before facing Jan Magziarz, who beat him twice in a row (once in the eighth and once in the sixth) again due to cuts.

1974 was a mixed year for Minter, beating Tony Byrne by a decision in eight, losing in two to Ricky Torres (again on cuts), having a third fight with Magziarz result in a no contest in four rounds and closing the year with a win in eight rounds by decision in his first international fight, against Shako Mamba in Hamburg, Germany.

In 1975, he won four fights in a row, including another bout in Hamburg and, by the end of the year, he challenged Kevin Finnegan for the British Middleweight title, winning it by a 15-round decision. In 1976 he won six fights, to extend his streak to ten consecutive wins. Among the boxers he beat were Billy Knight by a knockout in two and Finnegan once again, by decision in 15, both in defence of his British title, along with former world title challenger Tony Licata, knocked out in six and American Olympic Games Gold medal winner Sugar Ray Seales, beaten in five. These wins gave Minter a ranking among the top ten Middleweight challengers.

In 1977, he won the European Middleweight title by beating Germano Valsecchi by a knockout in five in Italy. But in his next fight his winning streak ended when he lost to former world title challenger Ronnie Harris by a knockout in eight. Minter returned to top ten challenger status by upsetting the former World Welterweight and Light Middleweight Champion Emile Griffith with a ten-round decision win in Monte Carlo, but then he lost his European title to Gratien Tonna by a knockout in eight at Milan. He closed '77 with a third 15-round decision win over Finnegan to retain his British title.

1978 was a sad year for Minter, although he won all three of his bouts. On 15 February, at the Muhammad Ali–Leon Spinks I undercard in Las Vegas, Nevada, he won his first bout in the United States by knocking out Sandy Torres in five. Then, he went to Italy once again to regain his European Middleweight title by knocking out Angelo Jacopucci in twelve rounds. Jacopucci died a few days afterwards, due to injuries sustained in the bout. Minter finished his year by avenging his loss to Tonna with a six-round knockout.

In 1979, Minter won all four of his fights, two of them by knockout. On 16 March 1980, in Las Vegas, he was given a shot at World Middleweight Champion Vito Antuofermo's title at the Caesars Palace. He won the title by a 15-round decision and, in a rematch, he retained the world title by a TKO in eight rounds. Minter's run as world champion came to an end on 27 September of that year, when he was stopped on cuts in three rounds to Marvin Hagler at Wembley Arena in London. After the fight was stopped, Minter's supporters caused a riot, throwing beer cans and bottles into the ring and both boxers had to be ushered away by the police.

Minter beat fringe contender Ernie Singletary in London, in 1981, but after losses to Future Hagler challengers Mustafa Hamsho in Las Vegas and Tony Sibson in London, he retired for good.