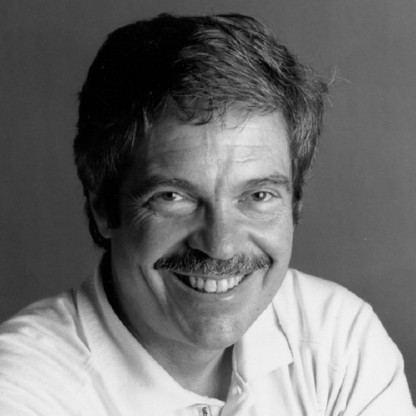 Alan Kay was born on May 17, 1940 in Springfield, Massachusetts, United States, is Computer Scientist. Alan Curtis Kay is an American computer scientist best known for his pioneering work on object-oriented programming and windowing graphical user interface design. While at the ARPA project at the University of Utah in the late 1960s, he invented dynamic object-oriented programming. Working at Xerox PARC, his credo was, “the best way to predict the future is to invent it.” One of his visionary concepts was the Dynabook, a powerful and portable electronic device—the size of a three-ring notebook with a touch-sensitive liquid crystal screen and a keyboard for entering information. Laptops, notebook computers, and tablets have roots in the early concepts of the Dynabook. People needed a method for interacting with the new computer medium. To help with this, Kay and the members of his lab created graphical interfaces and the Smalltalk programming language. He is considered by some as the “father of personal computers” because he envisioned a small computing system in the 1970’s, long before notebook computers were available He is the founder-president of Viewpoints Research Institute, a non-profit organization dedicated to children and the One Laptop Per Child initiative. An important contributor to the Squeak project, he is part of the ongoing research called Etoys System.
Alan Kay is a member of Scientists 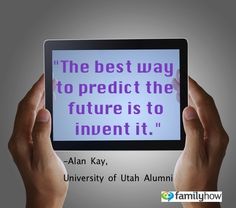 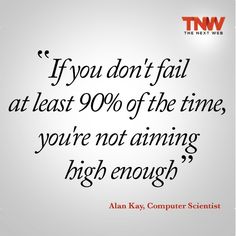 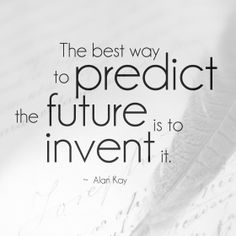 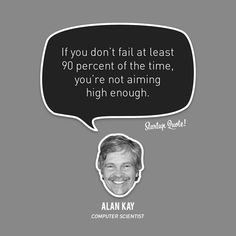 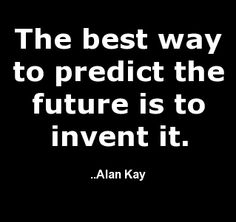 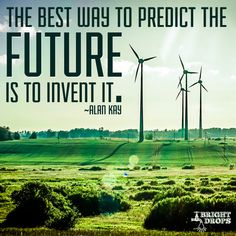 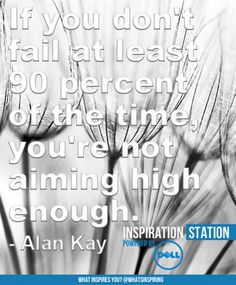 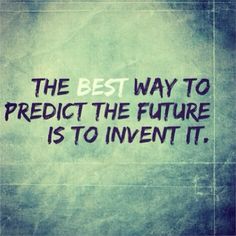 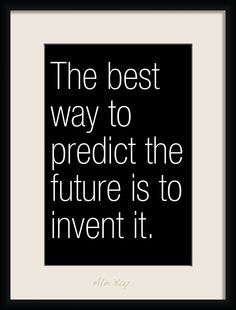 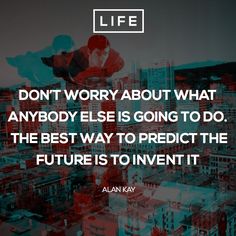 I had the fortune or misfortune to learn how to read fluently starting at the age of three. So I had read maybe 150 books by the time I hit 1st grade. And I already knew that the teachers were lying to me.

In 1966, he began graduate school at the University of Utah College of Engineering, earning a master's degree and a Ph.D. degree.

In 1968, he met Seymour Papert and learned of the Logo programming language, a dialect of Lisp optimized for educational purposes. This led him to learn of the work of Jean Piaget, Jerome Bruner, Lev Vygotsky, and of constructionist learning. These further influenced his views.

In 1970, Kay joined Xerox Corporation's Palo Alto Research Center, PARC. In the 1970s he was one of the key members there to develop prototypes of networked workstations using the programming language Smalltalk. These inventions were later commercialized by Apple Computer in their Lisa and Macintosh computers.

Starting in 1984, Kay was an Apple Fellow at Apple Computer until the closing of the ATG (Advanced Technology Group), one of the company's R&D divisions. He was then recruited by his friend Bran Ferren, head of R&D at Walt Disney, to join Walt Disney Imagineering as a Disney Fellow and remained there until Ferren left to start Applied Minds Inc, with Imagineer Danny Hillis, and Disney ended its Fellows program. After Disney, in 2001 he founded Viewpoints Research Institute, a non-profit organization dedicated to children, learning, and advanced software development. For its first ten years, Kay and his Viewpoints group were based at Applied Minds in Glendale, where he and Ferren continued to work together on various projects.

In December 1995, while still at Apple, Kay collaborated with many others to start the open source Squeak version of Smalltalk, and he continues to work on it. As part of this effort, in November 1996, his team began research on what became the Etoys system. More recently he started, along with David A. Smith, David P. Reed, Andreas Raab, Rick McGeer, Julian Lombardi and Mark McCahill, the Croquet Project, an open source networked 2D and 3D environment for collaborative work.

Kay has lectured extensively on the idea that the computer revolution is very new, and all of the good ideas have not been universally implemented. Lectures at OOPSLA 1997 conference and his ACM Turing award talk, entitled "The Computer Revolution Hasn't Happened Yet" were informed by his experiences with Sketchpad, Simula, Smalltalk, and the bloated code of commercial software.

In 2001, it became clear that the Etoy architecture in Squeak had reached its limits in what the Morphic interface infrastructure could do. Andreas Raab was a researcher working in Kay's group, then at Hewlett-Packard. He proposed defining a "script process" and providing a default scheduling mechanism that avoids several more general problems. The result was a new user interface, proposed to replace the Squeak Morphic user interface in the Future. Tweak added mechanisms of islands, asynchronous messaging, players and costumes, language extensions, projects, and tile scripting. Its underlying object system is class-based, but to users (during programming) it acts like it is prototype-based. Tweak objects are created and run in Tweak project windows.

In November 2005, at the World Summit on the Information Society, the MIT research laboratories unveiled a new laptop computer, for educational use around the world. It has many names: the $100 Laptop, the One Laptop per Child program, the Children's Machine, and the XO-1. The program was begun and is sustained by Kay's friend, Nicholas Negroponte, and is based on Kay's Dynabook ideal. Kay is a prominent co-developer of the computer, focusing on its educational software using Squeak and Etoys.

On August 31, 2006, Kay's proposal to the United States National Science Foundation (NSF) was granted, thus funding Viewpoints Research Institute for several years. The proposal title was: STEPS Toward the Reinvention of Programming: A compact and Practical Model of Personal Computing as a Self-exploratorium. A sense of what Kay is trying to do comes from this quote, from the abstract of a seminar on this given at Intel Research Labs, Berkeley: "The conglomeration of commercial and most open source software consumes in the neighborhood of several hundreds of millions of lines of code these days. We wonder: how small could be an understandable practical "Model T" design that covers this functionality? 1M lines of code? 200K LOC? 100K LOC? 20K LOC?"

Kay taught a Fall 2011 class, "Powerful Ideas: Useful Tools to Understand the World", at NYU's Interactive Telecommunications Program (ITP) along with full-time ITP faculty member Nancy Hechinger. The goal of the class was to devise new forms of teaching/learning based on fundamental, powerful concepts rather than traditional rote learning.