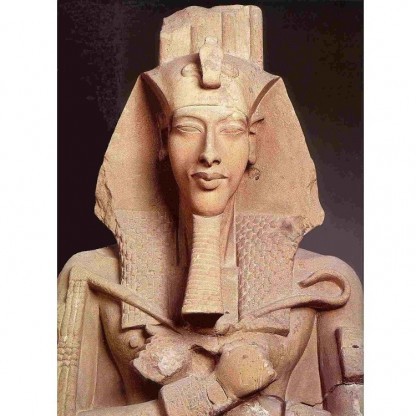 Akhenaten was born in Egypt, Egyptian, is Pharoah of Egypt. Akhenaten was an Egyptian Pharaoh who ruled for 17 years and died perhaps in 1336 BC or 1334 BC. While most rulers would think of invading neighbouring kingdoms to expand their territory, Akhenaten’s interests solely lied within the confines of Egypt. In his long tenure, Akhenaten focussed more on making ‘Atenism’ (a religion for the followers of the Sun god) the only religion of Egypt. His devotion for the Sun god was often reflected through the architecture in Egypt during his times, which glorified the deity. Akhenaten is also known for writing a long hymn in praise of the god. Artefacts which proved this Egyptian Pharoh’s existence were discovered only recently, in the 19th Century. Many of the inscriptions which were recovered revealed that Akhenaten was insensitive to his allies. He did little to help the neighbouring allies of Egypt recover from situations of acute political crisis. Many of the modern day-historians and researchers are of the opinion that Akhenaten was one of the very few ‘Scientific-thinking’ people of his times.
Akhenaten is a member of Leaders 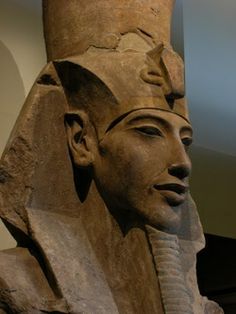 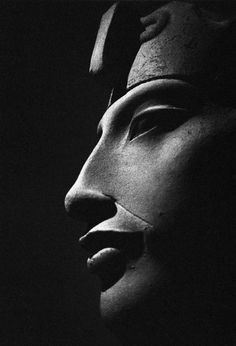 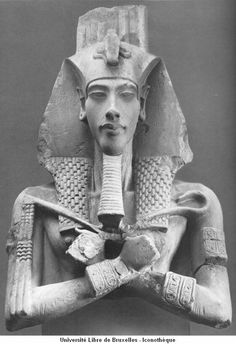 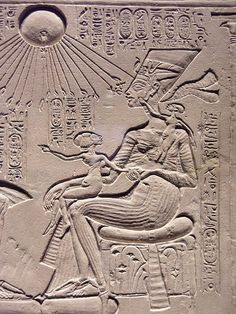 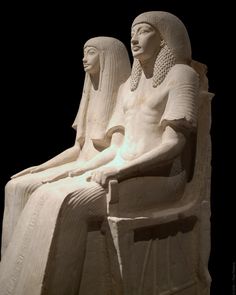 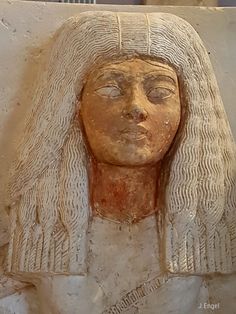 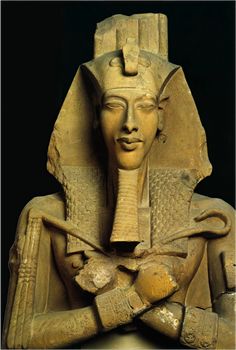 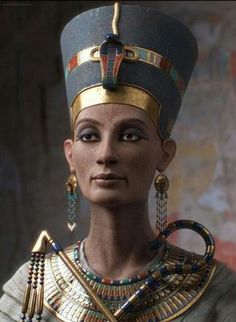 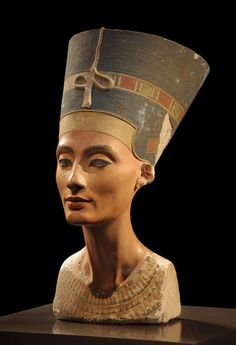 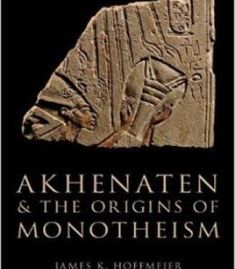 "I...asked your father Mimmureya for statues of solid cast gold, one of myself and a second statue, a statue of Tadu-Heba [Tadukhepa], my daughter, and your father said, 'Don't talk of giving statues just of solid cast gold. I will give you ones made also of lapis lazuli. I will give you too, along with the statues, much additional gold and [other] goods beyond measure.' Every one of my messengers that were staying in Egypt saw the gold for the statues with their own eyes. Your father himself recast the statues [i]n the presence of my messengers, and he made them entirely of pure gold...He showed much additional gold, which was beyond measure and which he was sending to me. He said to my messengers, 'See with your own eyes, here the statues, there much gold and goods beyond measure, which I am sending to my brother.' And my messengers did see with their own eyes! But my brother [i.e., Akhenaten] has not sent the solid [gold] statues that your father was going to send. You have sent plated ones of wood. Nor have you sent me the goods that your father was going to send me, but you have reduced [them] greatly. Yet there is nothing I know of in which I have failed my brother. Any day that I hear the greetings of my brother, that day I make a festive occasion... May my brother send me much gold. [At] the kim[ru fe]ast...[...with] many goods [may my] brother honor me. In my brother's country gold is as plentiful as dust. May my brother cause me no distress. May he send me much gold in order that my brother [with the gold and m]any [good]s may honor me." (EA 27)

He was all but lost from history until the discovery during the 19th century of the site of Akhetaten, the city he built and designed for the worship of Aten, at Amarna. Early excavations at Amarna by Flinders Petrie sparked interest in the enigmatic pharaoh, and a mummy found in the tomb KV55, which was unearthed in 1907 in a dig led by Edward R. Ayrton, is likely that of Akhenaten. DNA analysis has determined that the man buried in KV55 is the father of King Tutankhamun, but its identification as Akhenaten has been questioned.

In the 1970s, John Harris identified the figure pictured alongside Akhenaten as Nefertiti, arguing that she may have actually been elevated to coregent and perhaps even succeeded temporarily as an independent ruler, changing her name to Smenkhkare.

There is much controversy around whether Amenhotep IV succeeded to the throne on the death of his father Amenhotep III or whether there was a coregency (lasting as long as 12 years according to some Egyptologists). Current literature by Eric Cline, Nicholas Reeves, Peter Dorman and other scholars comes out strongly against the establishment of a long coregency between the two rulers and in favour of either no coregency or a brief one lasting one to two years at the most. Other literature by Donald Redford, william Murnane, Alan Gardiner and more recently by Lawrence Berman in 1998 contests the view of any coregency whatsoever between Akhenaten and his father.

Another suggestion by Burridge is that Akhenaten may have suffered from Marfan's Syndrome. Marfan's syndrome, unlike Froelich's, does not result in any lack of intelligence or sterility. It is associated with a sunken chest, long curved spider-like fingers (arachnodactyly), occasional congenital heart difficulties, a high curved or slightly cleft palate, and a highly curved cornea or dislocated lens of the eye, with the requirement for bright light to see well. Marfan's sufferers tend towards being taller than average, with a long, thin face, and elongated skull, overgrown ribs, a funnel or pigeon chest, and larger pelvis, with enlarged thighs and spindly calves. Marfan's syndrome is a dominant characteristic, and sufferers have a 50% chance of passing it on to their children. All of these symptoms arguably sometimes appear in depictions of Akhenaten and of his children. Recent CT scans of Tutankhamun report a cleft palate and a fairly long head, as well as an abnormal curvature of the spine and fusion of the upper vertebrae, a condition associated with scoliosis, all conditions associated with Marfan's syndrome. However, DNA tests on Tutankhamun, in 2010, proved negative for Marfan Syndrome. More recently, Homocystinuria was suggested as a possible diagnosis. Patients suffering from homocystinuria have Marfan habitus. However, as an autosomal recessive disease, it seems to fit better into Akhenaten's family tree — Akhenaten's parents, Amenhotep III and Tiye, were probably healthy, and Marfan Syndrome was ruled out following DNA tests on Tutankhamun in 2010.

In 2012, Hutan Ashrafian, a surgeon at Imperial College London, published research into the early death of Akhenaten and the premature deaths of other 18th Dynasty pharaohs (including Tutankhamun and Thutmose IV). He identifies that their early deaths were probably a result of a Familial Temporal Epilepsy. This would account for the untimely death of Akhenaten, his abnormal endocrine body shape on sculptures and can also explain Akhenaten's religious conviction due to this type of epilepsy’s association with intense spiritual visions and religiosity. However, because there is currently no definitive genetic test for epilepsy, the theory remains impossible to prove.

Another unfounded claim was made by Immanuel Velikovsky, who hypothesized an incestuous relationship with his mother, Tiye. Velikovsky also posited that Akhenaten had swollen legs. Based on this, he identified Akhenaten as the history behind the Oedipus myth, Oedipus being Greek for "swollen feet", and moved the setting from the Greek Thebes to the Egyptian Thebes. As part of his argument, Velikovsky uses the fact that Akhenaten viciously carried out a campaign to erase the name of his father, which he argues could have developed into Oedipus killing his father. This point was disproved, in that Akhenaten mummified and buried his father in the honorable traditional Egyptian fashion prior to beginning his religious revolution. Furthermore, an autopsy and genetic evidence in 2014 proved that his son Tutankhamun was the product of a brother-sister marriage, not a parent-child pairing.

In the end, Akhenaten's revolution collapsed from within after his death since the massive costs of founding a new capital city at El-Amarna and the closing of the Amun temples choked off the growth of the Egyptian economy. A notable result of Akhenaten's centralisation tendencies was the appearance of large-scale corruption among the king's state officials who held unprecedented control over all the wealth and produce of Egypt. This was a tendency that the last 18th Dynasty pharaoh Horemheb was compelled to deal with by threatening to cut off the nose of any officials who were found to be involved in state corruption or abuses in a major stela erected near the 10th pylon of Karnak. Nicolas Grimal states that Akhenaten's closure or limitations on the activities of non-Aten temples and his confiscation of priestly goods for the benefit of the state directly led:

Finally, Akhenaten, Neferneferuaten, Smenkhkare, Tutankhamun, and Ay were excised from the official lists of pharaohs, which instead reported that Amenhotep III was immediately succeeded by Horemheb. This is thought to be part of an attempt by Horemheb to delete all trace of Atenism and the pharaohs associated with it from the historical record. Akhenaten's name does not appear on any of the king lists compiled by later pharaohs and it was not until the late 19th century that his identity was re-discovered and the surviving traces of his reign were unearthed by archaeologists.