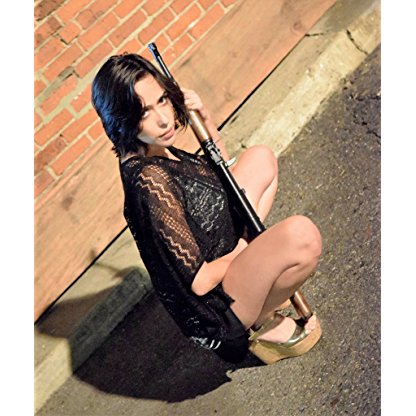 Aesha Waks was born, is Actress, Miscellaneous Crew, Casting Department. Aesha Waks co-starred on an episode of "Gotham," which aired on FOX in 2014. She is an award-winning actress who starred in the motion pictures "Arresting Gena" opposite Sam Rockwell, "The Money Shot" opposite Stephen Lang and worked alongside Jon Cryer in "Went to Coney Island on a Mission from God...Be Back by Five." Additional TV co-star credits includes ABC's "CityKids," FOX's "New York Undercover" and NBC's "Third Watch."
Aesha Waks is a member of Actress 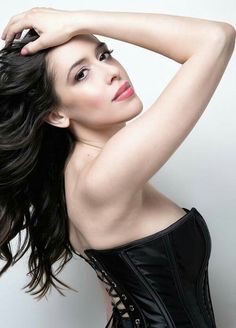 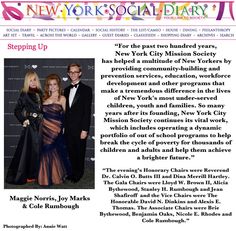 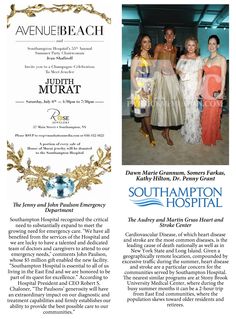 Waks went on to appear in other films including A Brothers Kiss (1997) with Rosie Perez, Justin Pierce and Marisa Tomei, Went to Coney Island on a Mission from God Be Back by 5 (1998) with Jon Cryer, One Deadly Road (1998) with Burt Young, william DeMeo and Frank Adonis, A Packing Suburbia (1999) with Michael Ealy, Remedy with Ace Frehley from KISS (2005), Priceless (2008), Night Stream (2013) with Andre´ Joseph, and The Bad Apple which featured Waks on a billboard campaign for Lydia Leung between Canal and Lafayette St. in New York City. Waks showed off her comedic side in 2009 when she cameoed in the internet comedy series, Poykpac, for Ryan Hunter. She also helped to produce and cameo in the music video for Diplo-signed Artist Riff Raff and also had cameo roles in the music videos for "Midnight Sprite" and "Bo Jackson Freestyle". Waks, also a singer and Songwriter, performed her self-entitled song "Fun Dip" on Fuse TV and appeared in her music video "Neck Bop" which was produced by Al McDowell and featured a cameo by Miri Ben-Ari. Aesha recently co-starred in the 4th episode of Gotham for Warner Bros. Television on the Fox Network.

Waks has been appearing on page 6 of the New York Post since the release of her movie "A Packing Suburbia" in 1999. Most recently with her former fiancé Liam McMullan, son of Photographer Patrick McMullan. The couple had a band called Danger who recorded the song "Bad Press" produced by Michael Jackson's protege, Eddy Cascio.

Waks has worked behind the scenes for MTV as a crowd hyper and casting Director and as a production assistant for The Andy Milonakis Show (2005), an associate Producer on Good Humor (2002), and When the Devil Comes (2013).

Waks is the host of the Women in Fashion and Film Festival championed on by her favorite designer, Maggie Norris. She has also worked closely hosting with Chance TV. Waks is known for her cover and centerfold on High Times magazine which was also featured in Playboy magazine. She has also been in Maxim and the cover of Lifestyles Magazine. She appeared in runway shows such as Lincoln Center Fashion Week for Popluxe by Richie Rich as well as Skrapper, Chong Cha, Allen & Suzi, Patricia Fields, and various others. In 2013, Waks made a guest appearance on XOX Betsey Johnson on the Style Network.

Waks guest starred in WOR-TV’s Romper Room at age 5 and sang the national anthem at Shea Stadium for the NY Mets at age 7. Waks got her SAG card by skating in a Honey Combs commercial and went on to do many more commercials including Levis, Buffalino Boots and Microsoft. Waks then performed in a number of television guest spots including New York Undercover, City Kids, Third Watch, and Late Night with Conan O'Brien.