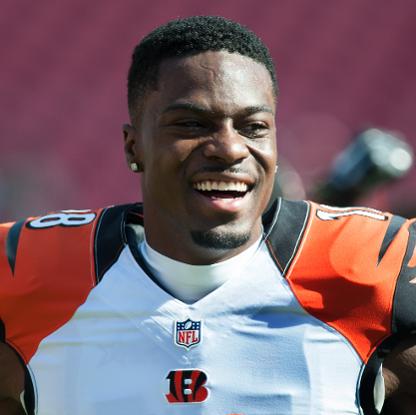 A.J. Green was born in United States, is Athlete, NFLAthlete, NFL. The wide receiver signed a four-year contract extension with the Cincinnati Bengals in September 2015 worth $60 million. The deal included a $15 million signing bonus and $6 million roster bonus paid in March, on top of Green's $11.75 million base salary in 2015. The 2011 first-round draft pick was rewarded for the 4,874 yards he racked up his first four seasons, fourth most by a receiver since the NFL-AFL merger. 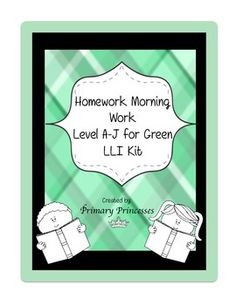 Despite missing three games and nearly all of two more, Green still recorded his 4th consecutive 1,000 yard season, finishing the year with 69 receptions for 1,041 yards and 6 touchdowns. However, his injuries ultimately forced him to miss the postseason for the first time in his career.

Green's 5,373 career receiving yards rank second in the all-time career receiving records of the National Federation of High Schools. His 279 career receptions rank fourth. In June 2006, Green was profiled by Sports Illustrated as part of its “Where Will They Be?” stories documenting athletes with the potential of becoming a Future great, alongside Peter Uihlein, John Tavares, Tyreke Evans, Elena Delle Donne, and others. Sports Illustrated compared him to the then-Oakland Raiders wideout Randy Moss and predicted Green will be in the NFL by 2011. Green was also on the school's track & field team, where he competed as a long jumper (top-jump of 19 ft 6 in) and triple jumper (40 ft 0 in).

Green was also on the Summerville High high school basketball team that claimed the 2007–2008 South Carolina state championship in a championship game against Spartanburg (S.C.) High. The game was played in memory of their fallen assistant coach, Captain Louis Mulkey of the Charleston Fire Department in South Carolina, who died responding to a fire with eight other firefighters on June 18, 2007.

Green had a solid freshman season with the Georgia Bulldogs in 2008. In the fourth game of his college career, against Arizona State, Green had eight catches for 159 yards and a touchdown. For this, he was named SEC Player of the Week. He finished the 2008 season with 56 catches for 963 yards and 8 touchdowns, all Georgia freshman school records. He also led the SEC in receiving yards, with the third-highest total in UGA school history. He was named second-team All-SEC and Freshman of the Year by the SEC coaches, and was named to the Associated Press All-SEC first team.

Green returned from injury for the 2009 Independence Bowl, December 28, 2009 in Shreveport, Louisiana where he made 6 catches totaling 57 yards.

Green was suspended for the first four games of the 2010 regular season after he admitted to selling his 2009 Independence Bowl Jersey for $1,000 to former North Carolina defensive back Chris Hawkins, who the NCAA described as an agent or someone who markets amateur athletes. As part of his punishment, he was required to repay $1,000 to a charity. Despite missing the first four games, Green finished the 2010 season with a team-high 57 catches for 848 yards and nine touchdowns.

Green's first NFL reception was a 41-yard touchdown catch against the Cleveland Browns. By the end of his rookie season, Green recorded four 100-yard games and led all NFL rookies in receptions and receiving yards, catching 65 passes for 1,057 yards in 15 games. His seven touchdown receptions was second among rookies – one behind Julio Jones of the Atlanta Falcons. On December 18, 2011, Green and fellow rookie quarterback Andy Dalton surpassed the all-time NFL record for yards and receptions by a rookie quarterback/receiver tandem. One week later on December 24, 2011, Green's 1,031 yards surpassed Cris Collinsworth's franchise record of 1,009 yards set in 1981 for most receiving yards by a rookie. Collinsworth still holds the franchise record for most receptions by a rookie with 67.

In Week 3 of the 2012 regular season, Green caught nine passes for a career-high 183 yards in a 38-31 win over the Washington Redskins. In Week 9, he caught a 56-yard touchdown against the New York Giants extending his touchdown streak to eight consecutive games, the longest in the NFL by a receiver and second-longest overall. He extended the streak to nine following a four-yard touchdown against the Kansas City Chiefs in week 11. On December 23, 2012, Green recorded his first career lost fumble against the Pittsburgh Steelers, but he finished the game with 10 receptions for 116 yards, including a 21-yard reception that set up the game-winning field goal. Green gained over 100 receiving yards in five different games and was selected to his second Pro Bowl in his second year in the league. He finished the season with 97 receptions for 1,350 yards and 11 touchdowns. In the Bengals playoff loss to Houston, he was the team's leading receiver with 5 receptions for 80 yards. In the 2013 Pro Bowl, he had 119 yards and 3 touchdowns.

Green set new career highs in 2013 for receptions (98) and receiving yards (1,426, which was the second highest total in Bengals history), while also scoring 11 touchdowns. He had six 100-yard games, including a franchise record five consecutive from Week 6 to Week 10.

On November 20, 2016, Green sustained a tear to his hamstring in the first quarter of a Week 11 16–12 loss to the Buffalo Bills. He was inactive for the next five games before being placed on injured reserve prior to the regular-season finale. He finished the season with 66 receptions, 964 receiving yards, and 4 touchdown receptions in ten games and ten starts. The 2016 season was Green's first in the NFL without over 1,000 yards receiving, coming up just 36 yards shy. Despite the injury, Green was named to his sixth straight Pro Bowl on December 20, 2016. He was also ranked 17th by his peers on the NFL Top 100 Players of 2017.

During Week 5 against the Buffalo Bills, Green had two passes deflected off his hands that were intercepted and he lost a fumble, but still had an impressive outing with 189 receiving yards as the Bengals won 20–16. During Week 9 against the Jacksonville Jaguars, Green got into a fight with Jalen Ramsey, resulting in both players being ejected and his first ever foul. On November 9, Green was fined $42,541. In Week 10 against the Titans, he recorded 115 receiving yards and a touchdown as the Bengals lost 24–20. On December 19, 2017, Green was named to his seventh straight Pro Bowl. Overall, he finished the 2017 season with 75 receptions for 1,078 receiving yards and eight touchdowns.